Call of Duty: Vanguard and Warzone Pacific in Season One. This unusually tiny assault rifle, which unsurprisingly has many SMG features, including a rapid-fire rate and aim down sights time, is thankfully not as common as other weapons in battle royale. When switching between online multiplayer and the Battle Royale game mode, many players may find themselves wondering what the best loadout for the Cooper Carbine is.

If you want to utilize the weapon in both games, we suggest starting with Vanguard and leveling up the Cooper Carbine. This is due to the fact that its top-class has a lot of attachments that may be unlocked early on. Even better, they may minimize recoil to the point where it is non-existent. Here are the attachments you’ll need. 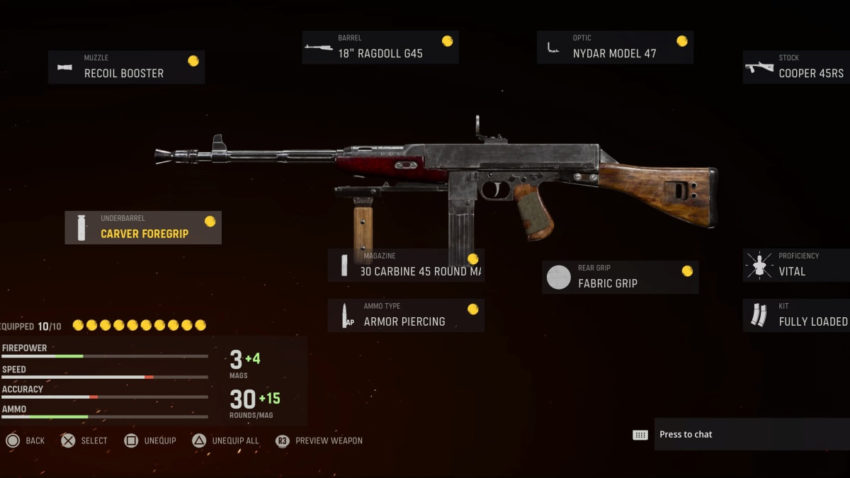 Aside from recoil, the Cooper Carbine’s most disappointing feature is its damage. This may deter some gamers, however when the is included, the problem is nearly fully resolved. The first magazine you’ll unlock for the weapon is 30 Cooper Carbine 45 Round Mags. Attaching this will severely compromise its recoil control, however with the Recoil Booster muzzle, 18′′ Ragdoll barrel, and Carver Foregrip, the effect should be mitigated.

It’s a basic loadout that looks to be designed just for close-range combat; but, with the aforementioned attachments, its range feels practically infinite. However, you could find yourself switching between the Nydar Model 47 and a bigger zoom optic, which is only necessary if you’re playing on one of the larger areas.

Unlike in Vanguard, the Cooper Carbine is mostly used as an SMG in Warzone Pacific, with a terribly limited range and less-than-pleasant accuracy. The major aim of this class should be to simply solve these flaws, especially because its damage transitions well to battle royale. 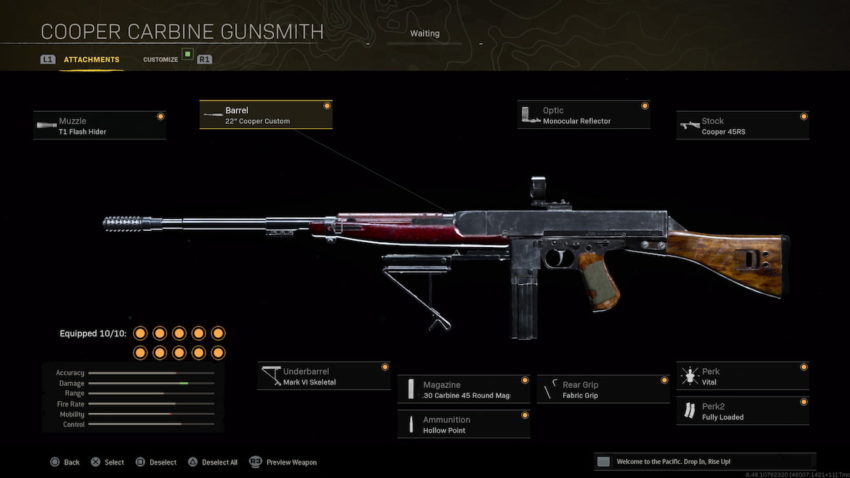 You should continue to use the even if you are in this class. Vital and 30 Cooper Carbine 45 Round Mags With these two modifications, the assault rifle will be more effective at medium range, with higher damage and firing rate time. Increase your ADS time with components like the Cooper 45RS, Mark VI Skeletal, and Fabric Grip to guarantee you have superior chances in close-range fights.

Despite the fact that headshots are usually an enemy’s most vulnerable area, the Hollow Point ammo and Vital weapon perk will do additional damage when aiming the torso or a limb. This array of additional damage should also help you reply more quickly to enemy fire, particularly if you have the High Alert perk.

Double Time and Tracker are good class perks for the Cooper Carbine, since they allow you to track down adversaries faster after noticing their footsteps. However, since the map favors medium-range fighting, you may want to consider swapping High Alert for Overkill to carry an extra main weapon — ideally one with a good damage range.