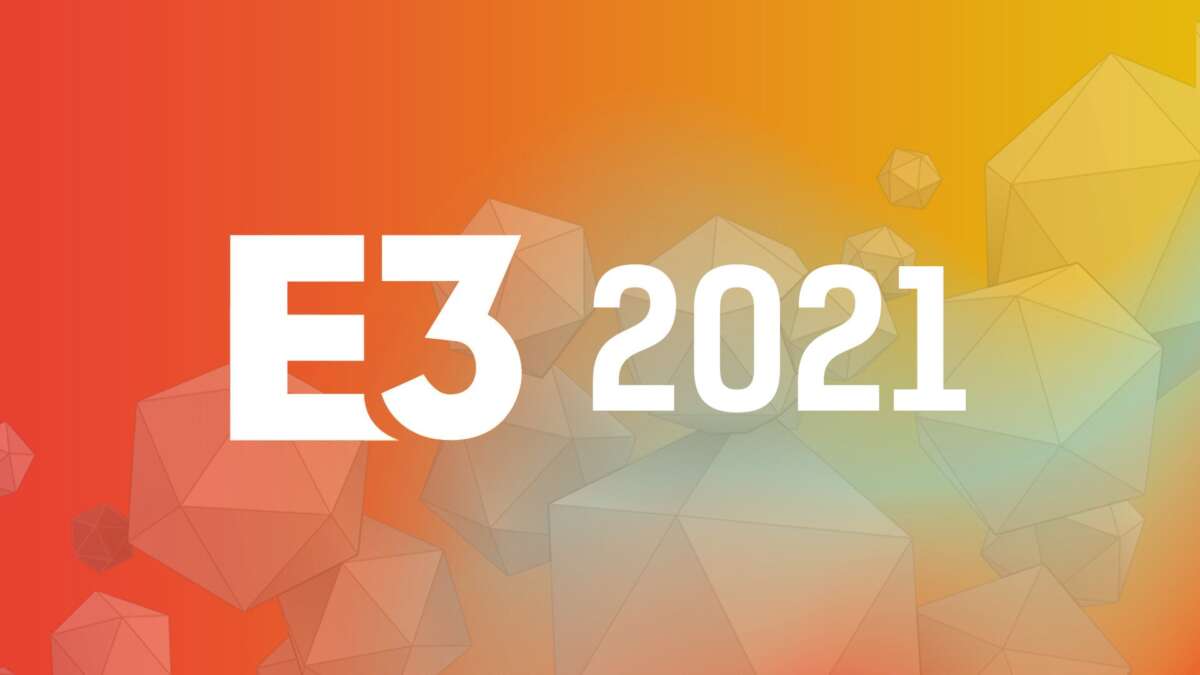 After two annual E3 press conferences, it’s no surprise that there is a lot to look forward to at this year’s event, which takes place in June. The conference is split into two separate press days, and it’s also known for having a number of surprises.

I went to E3 this year with an open mind to see what publishers and development studios were willing to show, given the circumstances they and the rest of the world have been in for the past 18 months. I exceeded expectations and can say that this unique, all-digital front-end to this year’s show lived up to expectations. From start to finish, with a few hurdles to overcome, we had some great presentations, but I have to admit, it’s Nintendo. This year they hit their big time with the announcement of Metroid: Dread, and his surprise release scheduled for this year.

I have to pay tribute to Guerrilla Collective’s conference, which showcased some great indie games that will be released on multiple platforms and that I’m dying to play. The XBOX has brought out the heavy artillery in the absence of its main rival, the PlayStation. The catalogue of brilliant games that Game Pass offers from day one is something the blue brand should be wary of. With the exception of the Forza franchise, most of the games shown at the conference didn’t appeal to me, but I’d be crazy not to acknowledge that there are plenty of games that have a huge following and will be great for green-branded subscriptions. I ask publishers and developers who have nothing to bring to E3 to keep themselves off the attendee list.

We know you exist, but save us hours of empty comments and promises. And now, what I’ve been waiting for all weekend. The Legend of Zelda: Breath of the Wild 2 had an expanded look. Again, nothing was said about a possible sequel, but it was enough to pique curiosity. My excitement over this unnamed entry has reached a peak as I try to interpret all the theories presented to me. But it’s the continuation of the Breath of the Wild storyline that excites me the most.

Of course, there are those who have already jumped on the negative bandwagon and are citing the degradation of firearms – shout, that’s the least of your worries. I’m curious to see how this volume will approach the mystique and aesthetic of Breath of the Wild, while also incorporating the obvious facets of Majora’s Mask. Luckily we have a release window until 2022, and if I had to guess when we’ll finally see this game, it will be around the same time as Horizon: Forbidden West in February-March 2022, just like its predecessor.

There were a number of announcements at this E3 that were right up my alley. For me personally, there were so many reasons to be happy. The Nintendo Direct alone showed a dozen old IPs that I haven’t explored yet. Whether it’s Advanced Wars, WarioWare or Metroid, I finally feel like I’m getting to know Nintendo’s library of franchises better. I only wish it had happened earlier in Switch’s life. Deeper cuts followed, which I didn’t expect at all. The original Mario + Rabbids game was much better than it should have been. So rest assured, I was over the moon when the sequel was announced on UbiForward.

Add to that the announced sequel to the A Plague Tale series, which I’m happy to accept is a remaster of the first Super Monkey Ball games….. The outer worlds 2. The list is long. Given the impact of COVID-19 on games and their public (or internal) delays, I was more than impressed with the number of announcements at E3 2021. Very satisfied.

It’s easy to look at the E3 show with a sneer, and there are many good reasons to do so. But as long as it exists, the series will always have something exciting. It’s still relevant in 2021, as humanity slowly emerges from the zombie apocalypse. COVID-19 has crushed the world economy, and video games are no exception. Many studios have had to postpone major projects in an effort to reorganize under dire circumstances. With that in mind, the E3 2021 show was quite remarkable. So many people are still making great games for us, the gamers, to experience. I don’t know about you, but video games have really helped me stay sane this year. For that, I am eternally grateful to the game developers.

After clearing my throat, all I can say is that there have been many great discoveries this year. Most of my favorites were on display at the Xbox + Bethesda Showcase. It looks like we’ll see the first tangible fruits of Microsoft’s developer acquisitions in 2021. Not only does it include a large number of Xbox-exclusive titles, but the vast majority of the games announced are available immediately in Game Pass. Right on target! My top games of the show are Replaced, an incredible cyberpunk thriller from Sad Cat Studios.

It looks even cooler than Last Night, which seems to have disappeared from the public eye. Then there’s Somerville from Jumpship, the studio founded by Dino Patti, who also co-founded Playdead (you may remember their gems Limbo and Inside). Somerville looks to be another very atmospheric puzzle/platform game in the vein of its predecessors, and I’m looking forward to it. Finally, I really like Forza Horizon 5. Playground Games is a bunch of geniuses, as far as I’m concerned. Every Horizon game feels like a gift from the future, thanks to a level of technical and creative prowess that few developers can match. Forza Horizon 5 is a continuation of the Playground series, one of the world’s most successful developers of racing games. If you like this post, you might want to support us.

is co-host of the DashGamer podcast and The House of Mariopodcast.

This year’s E3 was a big return to normality compared to last year. While none of the game publishers revealed any major firsts, it was a fantastic week with a great selection of games that are sure to hit the wallets in the coming months. For me, though, Xbox Game Pass takes some of the financial pressure off my shoulders. Forza Horizon 5 looks phenomenal with its Mexican setting and new game modes, Halo Infinite will hopefully get the series back in shape, and Back 4 Blood, included in the subscription, is a great excuse to team up with friends and fight the zombie hordes!

That’s not even the case for the other 24 games Microsoft showed at its Game Pass event. With the price of games rising, the value proposition that the Xbox offers us cannot be overlooked. Nintendo also managed to impress me with a series that hadn’t been released in a while. Metroid Dread, WarioWare: In particular, Get It Together and Advance Wars 1+2 Re-Boot Camp are fan-requested games! And another Legend of Zelda: The trailer for the BOTW sequel? It was just phenomenal. Next month it’s your turn, PlayStation! Maybe we’ll see Gravity Rush 3?

This year’s E3 was a mix of things we already knew, things we hoped for, and things we strangely didn’t know yet. But I missed the experience of staying up late and tweeting like a madman about crazy announcements, so it was nice to get that sense of excitement back. Most of the big names presented at least one thing that interested me, so that’s a win for me. I could mention a few obvious games I’m looking forward to (Metroid Dread, Guardians of the Galaxy, Forza Horizon 5, that Final Fantasy game whose demo did a better job of marketing than the trailer), but instead I want to mention a few indie games that deserve attention. Somerville, Replaced, Firegirl, Wolfstride, and Serial Cleaners are on my must-see list, with Somerville especially catching my attention because I love Inside and Limbo.

Also, more people should play A Plague Tale: Innocence because, oh my god, this sequel made me laugh! It has to be said that Xbox has a great lineup of upcoming products, which is a solid mix of new IPs and familiar names. Whether it can compete with the PS5 is another question, but Xbox Game Pass is still one of the best offerings on the market.

My favorite announcement from E3 is hard to put into one category. During the Xbox Bethesda Showcase, I was very excited about the announcement that over 20 games would be released on day one through the Xbox Game Pass service. The release of great games like Halo Infinite and Forza Horizon 5 as part of the service only underscores the incredible value Xbox offers with Game Pass. Overall, the Xbox demo, which showed that the platform does have games, was the most exciting event at E3.

This year’s E3 was pretty damn interesting. It seems like an unpopular opinion, but boy, we saw a huge catalog of a recurring niche that absolutely deserved its own year to be showcased, and it was quite refreshing. I’ll be generous and try to sum this up in one sentence per conference, so hang in there because I think this year deserves it (mostly). Summer Game Fest has kicked off, and we got a sneak peek at the trailer for a Borderland spin-off called Tiny Tina’s Wonderlands, which will no doubt be a huge mess with the same ridiculousness we saw in Assault on Dragons Keep, and I’m all for it.

Davide Soliani got another chance at the Ubisoft conference with Mario + Rabbids: Sparks of Hope, which has been a great success for Nintendo’s spin-offs as a whole and shows that Nintendo is now a little more confident in sharing the money of its mustachioed creator. Xbox Bethesda has revealed 30 games, most of which are included in Game Pass, but honestly I’m injecting Halo Infinite into my veins right now because I’m so excited to play Grifball on the new engine. Square Enix, you guys missed the boat and it’s high time you realized that your audience doesn’t need an I to VI collection exclusively on mobile and PC. My favorite, the big N, could hardly be disappointed since the Breath of the Wild sequel is already out, but here are Metroid Dread and WarioWare Get it Together! Suddenly, and now I feel like an excited child again.

How To Breed Yool In My Singing Monsters: Perfect Combination

How to pre-order Dying Light 2 – Bonuses and editions guide