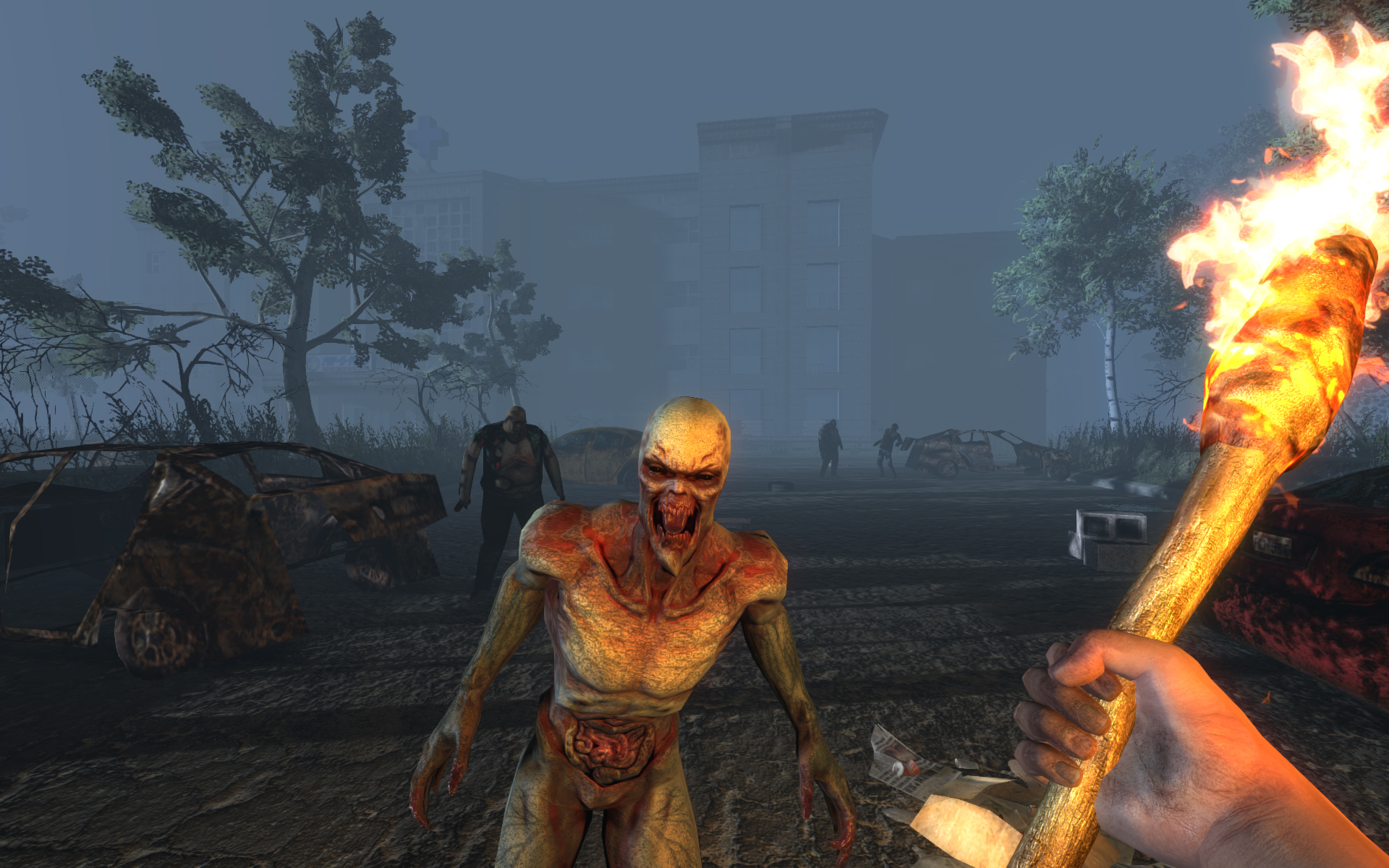 Zombies to Die is a new survival game among the most famous ones. It has already broken the sales record in the app market, and now I would like to present you the flash version of this cool game.

To win this amazing game, you will need both good driving skills and a survivor’s reflexes. Because this game is a mix of the two best flash game genres. Here you will find the details of survival games and racing games together. That’s why it is the most interesting scenario. So prepare your car and be ready to go in the middle of the zombie army.

The plot of this game represents the plot of the previous “Zombie to die” games. In the previous versions, you can see the future plot of a brave soldier who finds a way to escape from danger. The plot takes place in a new base where your soldier has the opportunity to drive real military trucks. The situation is the same, the world is in danger, as the destructive disease has already infected almost everyone, and your only chance is to find a helicopter and escape from this hell.

Unlike the previous zombie death games, here you cannot buy a new vehicle if you have enough money, as the game will automatically give you a new vehicle when you increase the distance between the two bases. The first vehicle in this game is the fire truck, which is good enough to crush the zombie army in the first turn. However, it still needs to upgrade some parts. Also, in the second turn, you get a really awesome big truck, and in the last turn, you get an awesome and literally deadly big military truck for you.

Zombies to die has realistic graphics that will allow you to enjoy the craziest gameplay. The main task in this game is to prepare your car for a ride over an army of zombies. To do this, you have an awesome garage with many cool parts such as a rocket, chainsaws, spiked wheels and other equipment for your car, of course with an awesome engine. So you can upgrade your car to make it faster, and you can even put a machine gun on your car to kill zombies while driving really fast. You can also buy a payload to fly over the zombie barricades and the wall.

This game is really cool because unlike other typical survival games where you have to kill the usual zombies, this is a totally different storyline for you and let me tell you about it. You have a lot of advanced zombies to kill, like racers that can jump on your car and slow you down, as well as big beastly zombies that are really hard to run over. But, this game is the most amazing in the genre because you have the coolest equipment to fight this wonderful enemy, such as big chainsaws and massively destructive machine guns. You also have to buy bullets for your guns and fuel to reload them. So build your own deadly vehicle and escape.