Online games have a global appeal. You become a part of something bigger. Many major online projects evolve over decades, over which eras change, and the game world changes completely. But what do those who do not like to once again interact with other people and just hate to depend on someone else? Such users can download a cricket betting app and bet alone or enjoy several network projects for playing alone.

In Elite Dangerous, there is practically no story, only rare global events that slightly change the situation in the Galaxy. The latter here is almost an exact copy of our Milky Way of 400 billion star systems with planets on a scale of 1:1. Some of them can even be landed on.

Everyone starts out playing in a tiny space boat that has no armaments and a roomy cargo bay. However, gradually, following the motto of the series Elite, it will be possible to save up first for the legendary battle frigate and then get a huge cargo hauler for big one-time earnings on speculation. Then there is an opportunity to move to a huge cruiser with turrets, hangars for fighters, and a giant cargo bay.

Flight mechanics in Elite Dangerous is a hybrid system where you can switch to honest Newtonian physics with inertia in vacuum space for better maneuverability in combat. And in peacetime, everyone enjoys the more arcade mode. But even with it, landing a ship on the docking pad of a station for the first time is quite a task.

In 2012, many people called the fresh Guild Wars 2 the first true killer of World of Warcraft. And the confrontation really came out worthy, but in the end, the same thing happened with GW2 as with its predecessors – it took its place. A niche of thoughtful online games with a lot of interesting findings and a variety of content. But the part of players who tried Guild Wars 2 is still loyal to it.

Almost all of the content, especially the narrative part, is available for singles. The storyline is replete with large-scale PvE battles and political intrigue, and the main conflict is to save the fantasy world from the invasion of the mighty dragons. Today it’s not much of a surprise to see fully voiced dialogues with all the NPCs, but in 2012 it was admirable. 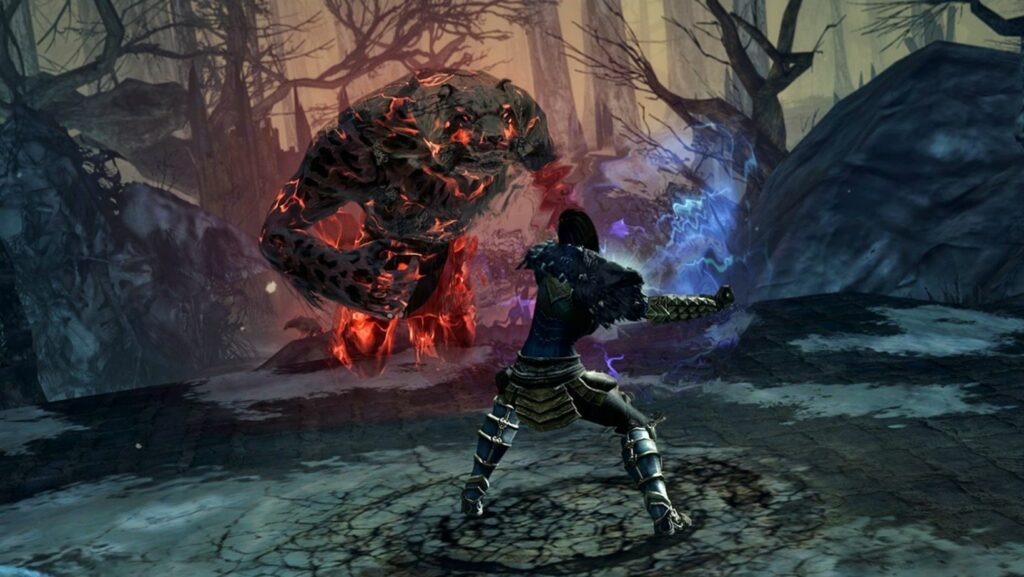 In Guild Wars 2, there are nine classes, each one with strikingly different gameplay. In addition to classes, there are professions like blacksmith, jeweler, or hunter, helping to earn money and improve equipment.

In 2015, the base game was made free-to-play. However, content from add-ons and endgame is only available in the paid extended edition, for which you only have to pay once.

Lost Ark is somewhat reminiscent of Diablo, but it’s primarily an MMO with all the relevant activities that complement the central storyline. The plot unfolds in the epic fantasy world of Acrasia. Once upon a time, the world was protected by a magical artifact – that same lost Ark. People long ago stopped believing in the artifact’s existence and lived an ordinary life. The plot of the game begins at the moment when Acrasia is attacked by demons that crave power over the world. The goal of the players is to prevent the demons from taking over the Ark.