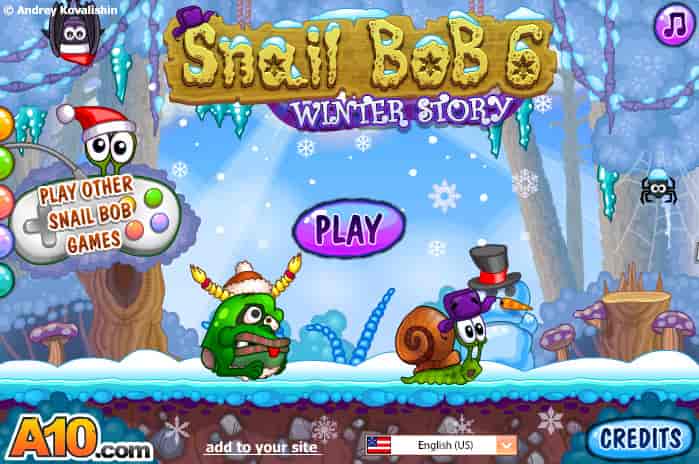 Our old friend Snail Bob is back in another exciting adventure. The evil Mr. Green Snail has kidnapped Santa Claus, and if no one saves him, there will be no Christmas! Your mission is to stop that from happening and save Santa Claus. Snail Bob was preparing for the New Year at home, but he received an alarming letter from his grandfather. Grandpa was attacked by the hamster Mr. Green and our hero immediately came to the rescue. Eliminate all the obstacles in his way to help his grandfather and try to find three hidden stars in the level.

Snail Bob 6 is a much newer version than Snail Bob 5, whose fan page is ours. But both games have incredible graphics and features. Both can be exceedingly addictive, so keep that in mind.

The controls are the same as in previous versions. You can use the mouse, the keyboard and its keys to move and perform various actions. For example, you can use the space bar to hide in the house, etc.

Watch this video and you will see that it is a really awesome and cool game. Here you can see the gameplay of this game!

The game is really free

Like the previous versions, the sixth version is completely free, so you can search for it in search engines, and play here through various sites like ours!

Watch the video to see the tips 😉