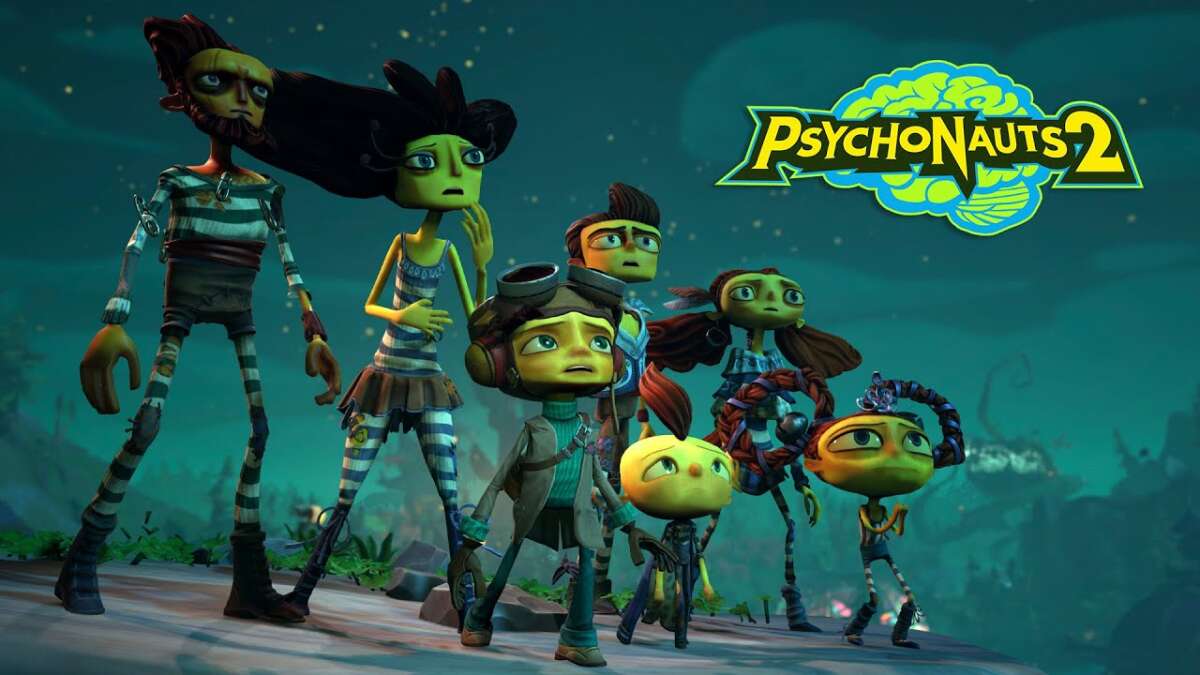 This is a list of voice actors who have been confirmed to be in the game.

The psychonauts 2 voice actor nick is a gamer journalist who covers the gaming industry. He has covered many games, including Psychonauts 2.

The amazing ensemble of voice actors was part of what made the original Psychonauts so memorable (along with its fantastic graphic design, funny narrative, superb platforming, and a lot of other stuff). Those performers brought each role to life with a finely calibrated sense of purpose and personality, and the cast’s skill hasn’t waned in the least in sixteen years. The voice performers for Psychonauts 2 are listed below.

We’ll begin with the returning cast from the previous game and then go on to some of the new cast’s key members.

Voice Actors in The Psychonauts 2

Richard Horvitz portrays our protagonist, Razputin “Raz” Aquato, a runaway circus acrobat and psychic genius. Horvitz is most recognized for his role as Zim in Invader Zim, but he’s lately made waves in the online series Helluva Boss as Moxie.

Nikki Rapp plays Raz’s girlfriend and the daughter of the Psychonauts’ Grand Head. Rapp has been in and out of the industry in recent years, but you may remember her from The Walking Dead: The Final Season as Lily.

Nick Jameson is double as two reformed(ish) baddies from the first game. While Jameson doesn’t have many leading parts, you may have heard him in passing since he’s supplied NPC lines for a variety of games over the last decade.

ALSO READ:   That’s Not Wrestling #10: The Luck of The Hangman

Stephen Stanton returns as an experienced psychic scientist and one of Raz’s mentors. Stanton has a lot of range, despite what his somber attitude as Sasha suggests. You may see him right now in Disney’s Monsters at Work as the clumsy pair of Needleman and Smitty. He is both of them, indeed.

Alexis Lezin reprises her role as the Psychonauts’ fun-loving levitator.

David Kaye reprises his role as Ford Cruller, the original Psychonaut with the broken mind. Kaye has had a long and successful career, and as his portrayal of Ford suggests, he has a soft spot for elderly characters like Grandpa Max in Ben 10.

Following that, here are some of the new cast’s key players.

Kimberly Brooks is the super-serious Second Head of the Psychonauts. Brooks has supplied backup voices in a variety of animated series, but her most notable recent performances are Bumblebee in DC Super Hero Girls and Teela in the current He-Man remake.

Darin DePaul is the Grand Head of the Psychonauts and Lili’s father. DePaul is a master at gravelly-voiced characters like Truman, as shown by his part as Samuel Hayden in DOOM, but he’s also a skilled live performer, having been on Jimmy Kimmel and James Corden’s late-night programs.

Grace Kaufman, who has featured in a variety of cartoons and live-action films, ranging from numerous Mickey Mouse cartoons to the far more serious The Last Ship, plays punk rocker intern Lizzie.

Giancarlo Sabogal plays Morris, a psychic intern and radio aficionado. Sabogal’s first titled part was as Schuri in Epic Seven, when he was still a relatively new figure on the scene.

Tru Valentino serves as Adam’s telekinetic intern and history buff. Valentino recently starred in Spidey and His Amazing Friends as Black Panther, and he’ll also play Cuphead in the forthcoming Netflix version of the popular game.

Catherine Taber plays Lizzie’s sister and main teacher’s pet Norma. Taber has a regular part on The Loud House as Lori Loud, and she’ll also be seen in the forthcoming Star Wars: Detours as Princess Leia.

Kate Higgins plays the elder sister of Dogen Boole from the original Psychonauts, Sam Boole. Higgins has voiced a number of well-known characters in video games and animation, including Tails in Sonic Colors, Pauline in the latest Mario titles, and Lady in Devil May Cry 5.

Poonam Basu is the skateboarding engineer Gisu. If you’ve played Genshin Impact, you’ve probably heard her voice before, although in a different tone; Basu is the hyperactive Klee.

Finally, I’d be remiss if I didn’t highlight the game’s two standout appearances, Jack Black and Elijah Wood. I can’t explain exactly what their roles are since it would be a spoiler, but believe me when I say you’ll recognize them when you hear them.

Check visit the Psychonauts area of our website for more relevant stuff!

Psychonauts 2 is a sequel to the popular game, Psychonauts. The voice actors for this game have been announced and will be available on October 21st, 2018. Reference: psychonauts 2 release date.