The Yakuza series has had some of the most interesting and engaging game systems for players to explore. With a focus on combat, it offers up fun gameplay mechanics that can be used in battle against enemies or helping out townsfolk. This guide will show you how to get through the first few chapters as quickly as possible!

There is a way to farm experience quickly in Yakuza: Like a Dragon. This levelling guide will show you how to do it efficiently. In Yakuza, there are numerous aspects to consider: You may find yourself having to perform some grinding to improve your party’s level in Like a Dragon due to a sudden level surge in the opponents you’ll fight. Nobody likes to spend hours grinding, so we’ve compiled a list of fast strategies to help you get everyone’s level up as soon as possible.

Take a Break for a Bite to Eat

In Yakuza: Like a Dragon, there are eateries all throughout. You’ll be given the choice of ordering the suggested menu or ordering specific things when you speak with the host there. The suggested menu will mostly replenish your party’s HP and MP, but if you can uncover an establishment’s hidden set menu, it will also provide your party a temporary boost to XP gained. In addition, buying some products will reward you with a short cutscene involving Ichiban and his companions.

Ordering one of everything on the menu, which might cost between 5,000 and 10,000 yen depending on the institution, is the easiest method to access these set meals.

“The suggested menu will mostly replenish your party’s HP and MP, but if you can uncover an establishment’s hidden set menu, it will also provide your party a temporary boost to XP gained.”

Unlocking every set menu at all of the game’s restaurants might be pricey, but if you’ve finished the Ichiban Holdings business management mini-game, money won’t be an issue for you. This XP increase isn’t long-lasting, but it might be beneficial when grinding out those final few levels.

Raise the Bar in Your Relationship

When new members of your party join, they will only get a little amount of experience every encounter at first. However, when you build Ichiban’s friendship with them by hanging out with them in the Survive Bar, they will gain more and more XP every encounter, even if they are not in the party.

If they raise their friendship with Ichiban to level 5, they will get the same amount of XP as the active party members, eliminating the need to grind with several groups. Do it as soon as possible to save a lot of time later on in the game.

Explore The Dungeons and Battle Arenas

Even with the aforementioned recommendations in place, you’ll discover that the typical foes who roam the streets of Injincho or Sontenburi don’t provide as much XP as you’d want. When it comes to fast earning levels, normal adversaries become insignificant, however there are three excellent spots to grind combat in Yakuza: As if you were a dragon. The first two are dungeons that are unlocked as the tale progresses. The first is in Injincho and appears in Chapter 7 of the story, while the second does not appear until Chapter 15.

“There are a total of 30 floors, with the opponents on the top 10 floors ranging in level from 45 to 55. On these levels, you’ll also find uncommon goods that you’ll need for forging weapons and armor, therefore it’s a good idea to go through the gauntlet at least once before the conclusion of Chapter 12.”

Because these regions include respawning foes, they’re perfect for gaining experience by passing through them several times. 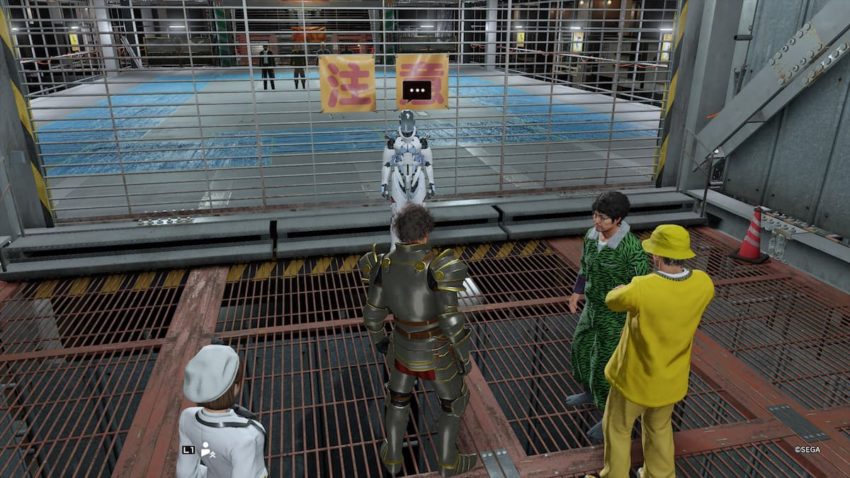 The Sontenburi Battle Arena, on the other hand, is the quickest way to get XP. When Ichiban and his team go to Osaka for a narrative assignment in Chapter 12 of the game, it becomes accessible. There are a total of 30 floors, with the opponents on the top 10 floors ranging in level from 45 to 55. On these levels, you’ll also find uncommon goods that you’ll need for forging weapons and armor, therefore it’s a good idea to go through the gauntlet at least once before the conclusion of Chapter 12. Each floor over level 20 will almost certainly offer your party another level, thus it’s a speedy method to get those levels.

Where Can I Grind Levels in Yakuza Like a Dragon?

A: In the basement of Onari-chos Best Buy, you should be able to grind levels against a wall.

What Level Should I be Yakuza Like a Dragon?

A: In general, most players who want to play yakuza style games should be around level 45. With the exception of Grand Theft Auto V which is a sim game and would require very different skillsets from Beat Saber PSVR, this range seems to be safe for yakuza like dragon gameplay.

What is The Highest Level in Yakuza Like a Dragon?

A: The highest level in the game is called Dragon of Dojima, which unlocks when youve been promoted to Rank 10.

Mark Fighter is the co-founder of Cowded, and the brother of Michelle. He loves gaming, and he's really good at it - he's even won a few tournaments. When he's not gaming or working on Cowded, Mark likes to spend time with his family and friends. He's a witty guy who always has a good joke or story to share.
Share this article:
Share on facebook
Share on twitter
Share on telegram
Share on whatsapp
PrevPrevValorant Gaming Tips: How to Become a Pro
NextOptimized Bounties – Destiny 2Next
Prev
Next
you may also like