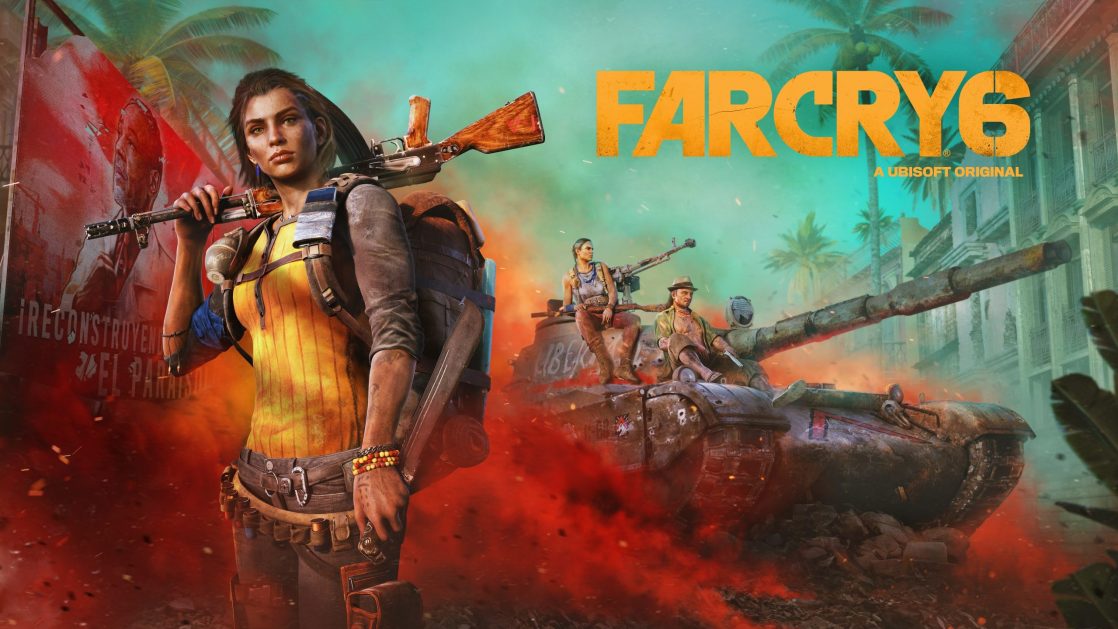 Far Cry 6, the long-awaited new installment in Ubisoft’s Far Cry series, will be released next October on consoles and PC.

In a major release from Far Cry 5, Far Cry 6 will take us to a “tropical paradise frozen in time” called Yara. Yara is under the control of dictator Anton Castillo (played by Breaking Bad’s Giancarlo Esposito), who wants to restore the island paradise to its glory with the help of his son Diego, by any means necessary. However, a revolution is underway on Yar, the aim of which is to oust Castillo. Players must assume the role of the protagonist Dani, a revolutionary fighting against Castillo.

Far Cry 6 was originally going to be released on February 18, 2021, but now it will be released on October 7, 2021. Ubisoft announced the new release date at the Far Cry 6 gameplay presentation on May 28. Want to know more about it? Well, read on to find out everything we know about Far Cry 6 so far.

The new Far Cry was originally scheduled for release on February 18, 2021, but Ubisoft has announced during its financial report that the game has been delayed, stating that the game will be released after April 2021, but no later than March 2022.

ALSO READ:   Roblox Robux - All you need to know

Ubisoft has confirmed that PS4 and Xbox One players will receive a free update for the Xbox Series X and PS5 versions of the game.

Far Cry 6 Trailer
The latest trailer for Far Cry 6 has given us our first look at its gameplay. The trailer shows that Far Cry 6 will focus more on brutal guerrilla warfare than its predecessors, and has even let us see some of the friends we can recruit to help us, such as the charming Chorizo and the (less charming) Alligator Buddy. See below:

Far Cry 6 Character Trailer
This trailer gives us a glimpse of protagonist Dani Rojas and the modern day guerrilla fighters in Far Cry 6. Watch it below:

In the trailer, Castillo is seen directing harsh words at his son Diego as civilians rampage through the streets in front of his mansion. See below:

In Far Cry 6, players will play as Dani Rojas, a guerrilla fighter who wants to overthrow the tyrannical Castillo regime. You will be able to choose Dani’s gender at the beginning of the game and customize him, as in Far Cry 5. In addition, Dany’s actions will have a direct impact on the world and he will have more options than the other main characters of the series we have seen so far: Dany will have important roles in the episodes and will have his own voice.

Although the action in Far Cry 6 takes place in the present day, Castillo’s repressive regime makes it feel like the island is stuck in the 1960s. That means you can expect vintage cars, gadgets and weapons, and even horses. In an interview with GameSpot, narrative director Navid Hawari called Far Cry 6 an “ambitious open world.” According to Hawari, the island of Yara includes a mix of jungles, coastal towns, farmland and urban environments that players will be able to explore.

Guerrilla warfare takes center stage in Far Cry 6. Dany and his comrades run their operations from secret camps in the Yar, where they can train, play dominoes and even hold cockfights. During certain missions, Dany bribes officials, sabotages equipment, intercepts and sometimes just acts cool.

We also know that Fangs for Hire will have a “Friends” feature that will allow you to recruit pets to help you in battle. At the moment, we know that two pets have been recruited: Chorizo, an adorable (but feisty) dachshund, and an alligator.

Below we have gathered the most important news and rumors about Far Cry 6 :

Ubisoft to attend E3
E3 2021 will be all-digital, and Ubisoft has been confirmed as one of the publishers attending the show. Of course, we don’t know what Ubisoft plans to reveal at E3 2021, but we think it’s entirely possible that a game will be unveiled at the show. After all, it would be the perfect time for Ubisoft to reveal details about Far Cry 6.

Don’t fall for the game’s beta scam.
Ubisoft has warned Far Cry fans not to fall for a recent email scam promising access to the Far Cry 6 beta. YouTuber theRadBrad (via Eurogamer) called attention to the phishing scam, tweeting, “An email from the official Ubisoft address promising access to the Far Cry 6 beta. There’s even an embargo with a special password to access it.”

Ubisoft itself has responded by confirming that the emails are fraudulent: “Please do not respond if you receive this or similar emails.

Biomutant Beginner's Guide: How to Get Started

Roblox Robux – All you need to know