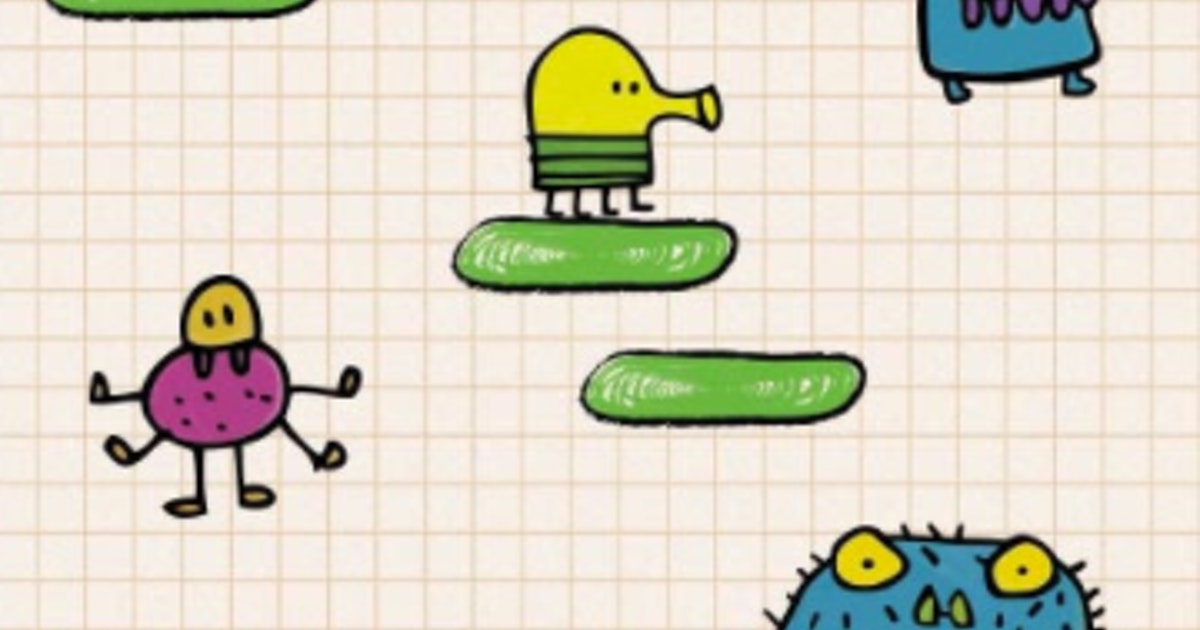 It is micro,mobile game which was developed in the late 2011.After this Doodle Jump became very popular and powerful game. Now millions of people are playing and downloading this app into their mobiles, ipads and other devices. So, we are offering flash version of this great game.

We have big hope that, flash version of this game will be such popular as mobile versions are. We will try to add much more versions of this game, so, you will have more fun with us.

This game is about a doodle hero, whose mission is to jump and jump as higher as player can. There are many good things and bad things. You should avoid black holes, they are killing you. Here are crashed things also, which will lead you down. Turbo boost will give you access to the fastest jumps.

The developer of this game is Lima sky. They created this awesome game, so, all developing and copyrights are their. This game is winner of Apple Design award and this is huge price for such small game.

What are you waiting for? This green alien is for bouncing and he cant stop this, so start now and add your the best records to the comments below. Don’t forget to Like our page and get news about the top users of our website.