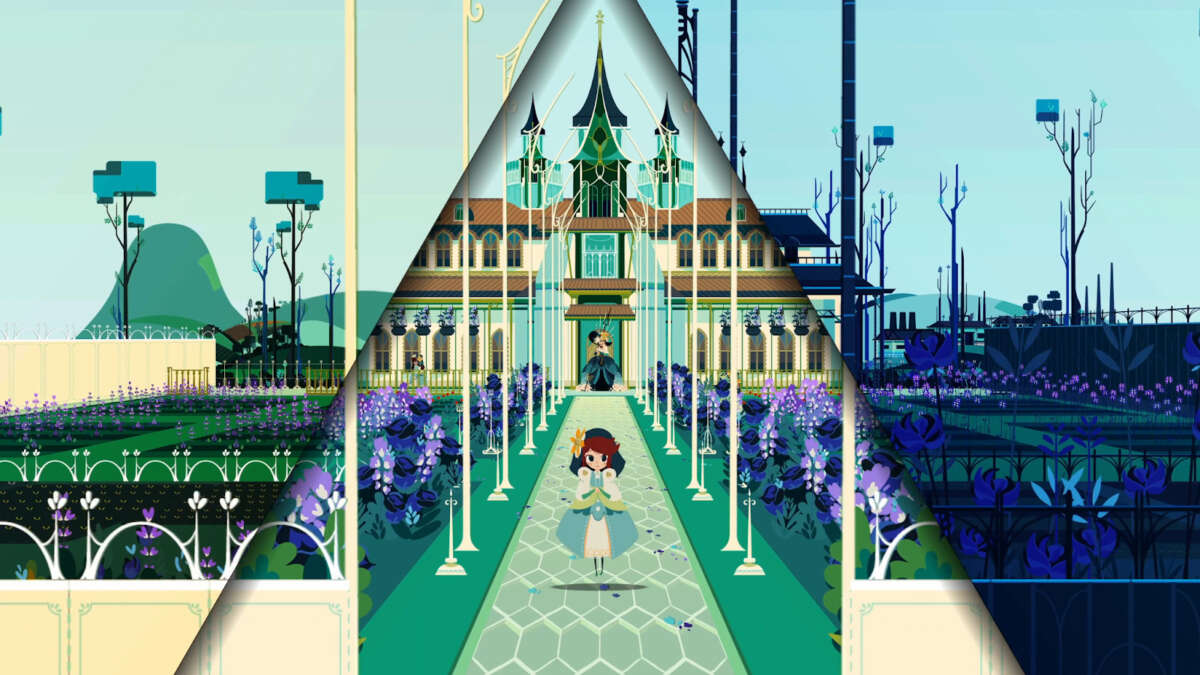 Cris Tales – A look inside the upcoming indie RPG

To paraphrase a classic Doctor Who line: Time is not necessarily a linear sequence of events, at least when you operate outside of it. For someone who looks at the past, present and future simultaneously, everything becomes one big ball of wobbly swings – you know how it goes. The problem is that time travel is an inherently powerful ability, and in the wrong hands it becomes all too easy to change the course of history. We need a champion, a keeper of history, to steer the timeline in the best possible direction.

Read more about 2021 indie games list and let us know what you think.

We have a… a little girl named Crisbell? Of course, there have been less likely heroes in history and beyond! Cris Tales is an upcoming independent RPG developed by Dreams Uncorporated and SYCK and published by Modus Games. At the center of it all is Crisbell, a bright young orphan girl who goes through life without many things pressing down on her. Things change quickly when, after an encounter with the talking frog Matthias, Crisbell’s perception is forever altered by the power of time crystals. Suddenly Crisbell can see the past, present and future all at the same time, and with these new gifts comes a startling discovery: The Empress of Time and her army loom all over the story, and if she has her way, nothing will be safe. It is up to Crisbelle to master her new skills as a mage of time and ensure that the right future arrives.

Cris Tales has a beautiful, hand-drawn drawing style reminiscent of classic storybooks. Each of the country’s four kingdoms has its own style, from humble villages to sprawling cities, from smoky slums to gleaming towers. You can imagine all these places and characters in a pop-up book. Just because it’s pastel doesn’t mean it’s all sunshine, of course. By looking into the past and the future, Crisbell can show you the terrible tragedies that await you. When you see buildings that are still there today, but have been reduced to rubble in the future, you wonder what went wrong and if something can be done about it.

It appears that this can be remedied. As the story progresses, you can change past and present events to influence the future. For example, houses destroyed by wood rot in the future can be saved by intervening in the present. But you shouldn’t joke with history: If you make a hasty decision without considering past, present and future events, your actions can have disastrous consequences. Depending on the choices you make at critical moments, the events of the game’s story can change drastically, but on the other hand, such a branching story encourages replayability. If you thought the machinations of time were limited to the plot, think again. Cris Tales has a combat system reminiscent of RPGs like Paper Mario, Chrono Trigger, Final Fantasy VI and Bravely Default. During battles, your group is the center of the action while the enemies surround you. By pressing the buttons in time, you can increase the damage of your attacks on the enemies and decrease the damage they inflict on you. However, this is just the tip of the iceberg; the real strategy revolves around Crisbell’s ability to manipulate time.

Crisbell can use the power of time crystals to force enemies to his left into the past and enemies to his right into the future. Enemies fight differently depending on where they are in their personal history; for example, a mature goblin warrior becomes a slightly weaker but much faster thief when young, and an enchanted wizard when old. Moving your enemies around in time doesn’t make them weaker, it changes their interaction with you and you with them. Crisbell’s time crystals can also be used in conjunction with the abilities of his party members. For example, the warrior mage Christopher can use elemental elemental magic. If you cast a water spell on a metal enemy and then push it into the future, it will suddenly turn into a rusty pile. Another example: The time mage Wilhelm can plant magical seedlings in the past that sprout and burst in the present, causing damage and status.

Later party members can also change the position of enemies on the battlefield, allowing them to travel to the past or future depending on where they are. It’s a multi-dimensional approach to RPG puzzles, and you’ll really have to rack your brain to find the enemy’s most vulnerable point in the story.

Cris Tales is out on the 20th. July 20, 2021 for PC via Steam and Epic Games Store, Nintendo Switch, PlayStation 4, PlayStation 5, Xbox One, and Xbox Series X/S. Pre-orders and wish lists are already available in digital stores, and you can also pre-order a physical copy on the Cris Tales website.

How to Find Big Caves in Minecraft 1.17? Easy Guide

How to navigate the Wielder Temple in Chicory: A Colorful Tale