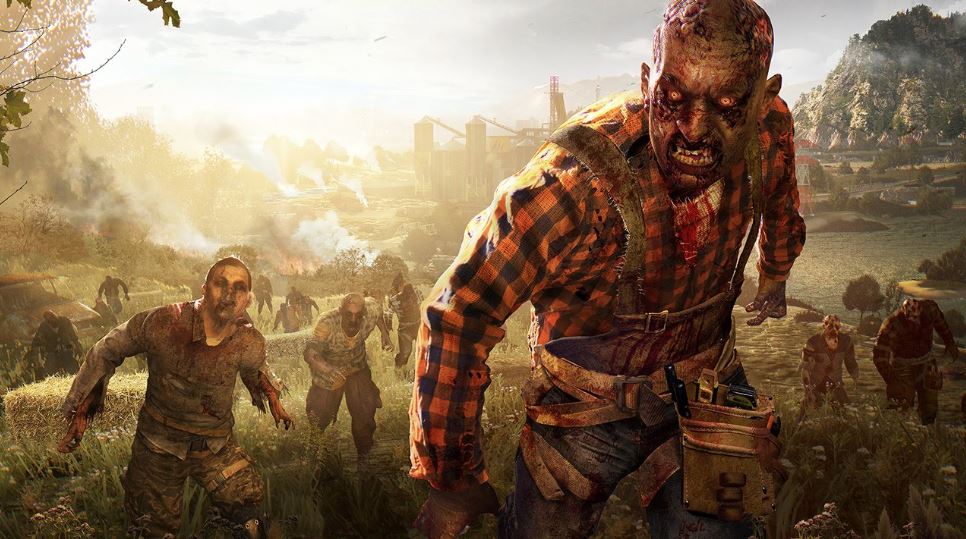 The zombie craze has swept the nation! With shows like The Walking Dead and movies exploring the same genre extensively, you may be looking for a good zombie shoot em’ up to mess around with. Fortunately, we at Cowded also have been hit with the zombie bug. Realizing that this niche is underserved, we set about trying to compile a list of the best zombie video games. We paid close attention both to the production value and the extent to which zombies were central to the theme or storyline.

Finding video games with zombies is no easy task. There is not one standout in the category, but there are a number of contenders. Some of them are stand-alone games dedicated to just zombies, but there are also a number of extremely well done “mods” or expansion packs of bestselling games that incorporate zombies into them. The following is a selection of the best options to consider on the video game market today:

This is probably one of the more heavily advertised of the ”zombie genre” games, but the big budget means that you will get an above average gameplay experience. The game was heavily “hyped” but many gamers were left questioning whether or not the game had actually lived up to the hype. Nonetheless, this is part of a long running series that has built up quite a following over the years.

The Good: This version is a definite improvement over Resident Evil 5. The predecessor seemed like an odd addition, with a storyline that really didn’t fit into the overall story. In RE6 the story will get back to the original narrative and will be a welcome relief to fans of the series.

The upgrading and customization options are also a very nice addition. By collecting points from the dead bodies of your defeated enemies, you can customize the skills of your character based on how you want to play. You can improve things like your melee attacks, reload speed, and accuracy.

The Bad: It’s not all zombies. For individuals looking for a pure “Walking Dead-esque” zombie killing experience, some of the monsters may be off-putting. What is more, even the zombies are not “real” zombies in that they are capable of behaving intelligently by wielding and firing weapons of all kinds. While there is no strict “zombie rule” about this, it is definitely different than what most people think zombies are.

Overall, Resident Evil 6 is not a bad game. It is enjoyable and certainly better than RE5. It might be a good idea to wait for the price to get down from the $45 range before investing however.

Left 4 Dead is another popular mass market zombie killing game, but probably less hyped than Resident Evil 6. The second one is not dramatically different than the first, although the updated tweaks and graphics do make a difference in the end.

The Good: Thematically, L4D is probably most similar to the zombie portrayal in The Walking Dead TV show. There has been an outbreak of the disease and players most traverse from Savannah, Georgia to New Orleans, Louisiana. The world is very well thought out, authentic, and eerily realistic. The gameplay itself is outstanding and makes this game extremely hard to put down (disclaimer for those with jobs and families to attend to). It is easy to get wrapped up in the “survivor mentality” and get sucked in.

The multiplayer mode (feature 2-8 players) is also quite entertaining. There is nothing more fun that coming to the aid of your friend who has become surrounded by zombies and start blasting away with a shotgun.

The Bad: The only downside? The game was released November 2009 and as such is a bit dated. It really is not that much of a difference, but for gaming purists who like having the latest graphics this can definitely be viewed as a downside.

I would definitely recommend Left 4 Dead 2 over Resident Evil 5 as it is more of a pure zombie themed video game. It is also a significantly better value because it has been on the market longer.

This is the video game made expressly as an interactive version of it’s namesake, the wildly popular television series by AMC.  There is actually another game by the same name being developed by Activision, but that will be due out December, 2013. The game I am discussing is by Telltale Games and is out as of December 2012.

This game is still relatively new, so the verdict is still out on whether it is a hit or miss, but there are still some features out of the box to consider.

The Good: It is based closely on The Walking Dead. With a plotline like that, all the developer has to do is craft a solid action gameplay element that is entertaining. The game also promises “moral decision making” that will impact the game. This is in keeping with the right vs. wrong (shades of grey) choices that are present in the TV series.

The Bad: This is not a “high budget” production. No doubt, Activision’s release in 2013 may be more in-depth. This is not a reason by itself to stay away from the game, just keep it in mind and calibrate your expectations accordingly.

You might be thinking, why Call of Duty? Isn’t that a mass market action shooter game? Yes, it is. But it also features an extensive zombie campaign as well as the promise of numerous downloadable content packs with various zombie maps. One of the hottest games of the year has certainly taken notice of the zombie enthused public.

1) You can fight in Tranzit mode is in a large open-world environment. The key here is that the map is not revealed at the beginning of the session, meaning you have to uncover clues about where you are to expand the map and allow you to escape.

2) Survival: This is a classic survival mode that fans of the original zombie mode in Black Ops 1 will remember. You just have to survive hordes of zombies, with each horde increasingly in strength and numbers.

3) Grief: Instead of cooperating, players are pitted against each other AND the zombies. The last man standing gets to claim bragging rights.

The Good: The zombie portion of the game is built on a solid tried and true action shooter. This means that shooting zombies is not only extremely fun, but also realistic. This is a big budget game with tons of attention to detail, especially for the zombie campaign. The various zombie modes are virtually a game unto themselves.

The Bad: It’s a bit pricey (as of the writing of this post), especially if you just want to play the zombie campaign mode. That said, the price will definitely be coming down in the future (if you can wait).

I would recommend this game over Resident Evil, especially because the two are so close in price. The style of play in Black Ops is much more open ended with big maps to fight on without limitation of direction. You still might want to opt for one of the less expensive games if you are on a budget. Left 4 Dead and Red Dead Redemption (featured below) are good options for price conscious gamers. Still, the zombie mode in Black Ops 2 is pretty epic.

Again, the primary game is definitely not a zombie themed adventure, but the extra campaign is where the zombie fun comes in. Red Dead Redemption is an extremely popular and critically acclaimed wild west themed open world game produced by Rockstar Games.

The base game is essentially Grand Theft Auto with horses and gunslingers instead of cars and gangbangers. Like Black Ops 2, RDR features a portion of the game exclusively dedicated to zombies. The twist here is that the zombies 19th century as opposed to modern day specimens.

The campaign itself is very in-depth with its own well developed storyline. Using the expansive open world environment of the base game, the protagonist John Marston must search the map in a sequence of missions to find the cure for the zombie disease. Interestingly, even animals can be infected…something that is not often touched on in zombie lore.

The Good: There was obviously a lot of time and thought put into this expansion of the base game. The campaign plays like its own video game and the rich narrative, missions, and environment create a very enjoyable experience.

BUT for fans of a more generic zombie experience, there is also a multiplayer mode in which players fend off hordes of zombies (much like in Black Ops 2) that come in increasing levels of strength and numbers.

The Bad: The 19th century setting may not be for everyone. While there are plenty of weapons to choose from (blunderbuss, pistols, repeater rifles, sniper rifles, shotguns), there are none of the modern weaponry like in Black Ops 2.

Overall, this is a really unique Western styled take on the zombie apocalypse. If you are looking for more zombie action with a different setting and flavor, this is an entertaining distraction.

This is more of an “underground” sleeper of a game that most of the mass gaming public is not aware of. It is available strictly for the PC, so you will need to make sure your system can handle it.

In this game the player is in the fictional post-soviet country of Chernarus. Like other zombie games, an unknown virus has spread among the population and you must survive the consequences.

A key aspect of the game is the idea of supplies. Avoiding death at the hands of zombies is not your only concern! You must forage and scavenge for any supplies, whether they are food and water or spare parts and devices.

The Good: The Day Z mod is an absolute hidden gem. This game has been labeled one of the five scariest games of all time. Scavenging for supplies is extremely realistic and incredibly deep. This is probably the deepest any game has gone to date in exploring the zombie niche.

The Bad: The only drawback to this game is actually being able to get your hands on a copy. First, it is only available for PC and not any other consoles. Second, You have to download the mod separately (link below) and have to purchase Arma II: Combined Ops which is almost impossible to find at any retail store. There are a few places to check out online (listed below) if you want to either download straight to your PC or have the hard copy delivered.

If you can, get this game and download this mod! It is a really well-done zombie apocalypse experience. It may even be one of the best zombie video games of all time.

Alone in the Dark: The New Nightmare Review