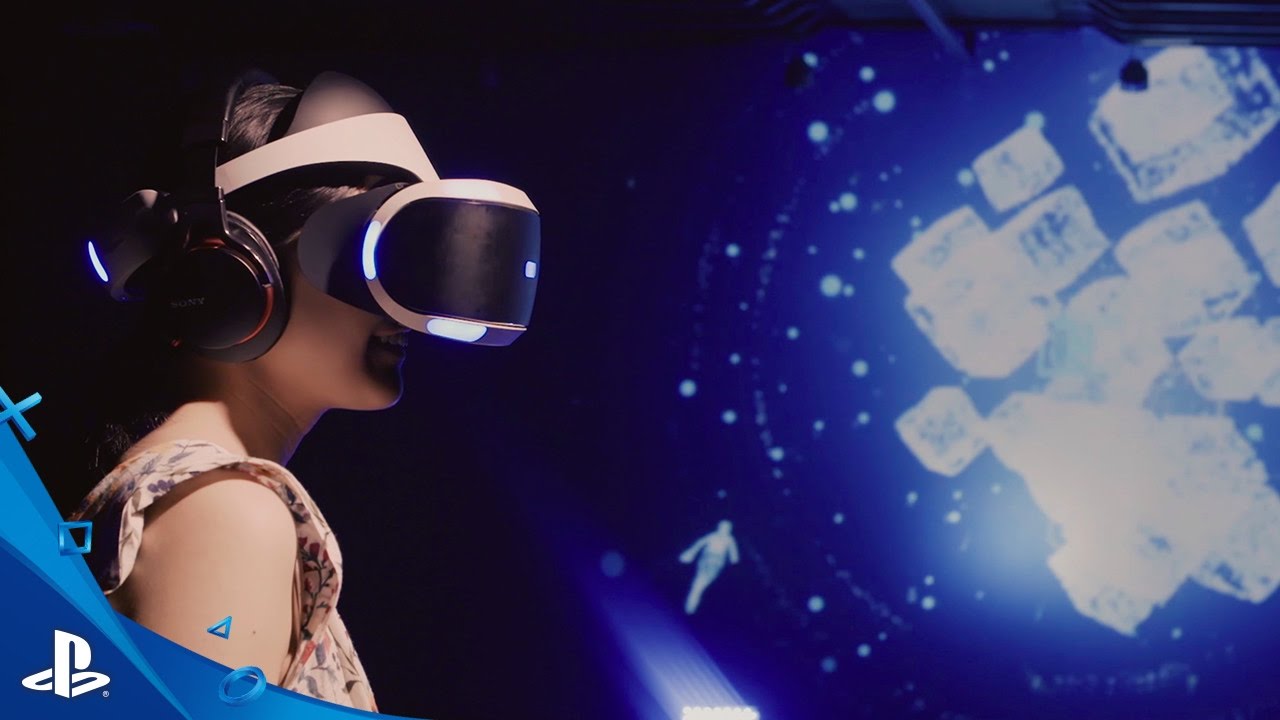 If you in any way enjoyed the antics of Justin Roiland and Dan Harmon in Rick and Morty, this game is easy to recommend. But, if you’re just looking for choice picks for the index, it’s a pretty good ride too. And a ride it is since you stay mostly stay seated through the whole experience, while your purple friend Trover guides you around the crazy world, where saving your pups is your primary concern. As with Rick and Morty, expect awkward, bizarre humor and some existential dilemmas too. The least of which is the PS4 controller you’ll have in your hand. Without any actual interactions for Valve’s nifty finger tracking knuckle controller, it’s not fully equipped for the platform. However, with enough PC horsepower, it translates to a lot more immersion for its, frankly, very short playtime. Its hilarity though seems universal and it has a playscore of 8.37

The Number 1 Games to Grab on the Nintendo Switch

Some of you may already know about the 90s classic Descent, and you might recognize this game as its revival in the world of virtual reality. Brought to us by the same ones who made the original game, this spiritual successor was sure to capture the high octane atmosphere of the iconic shooter. It’s six degrees of freedom, with a 15 level singleplayer campaign, all presented using today’s visual feats. It’s a liberating feeling on the platform, and there’s so much action to get through. Like annihilating robots, rescuing hostages and so much more. Aside from the campaign, there’s also the public and private multiplayer matches where you can take your friends along for the ride. It’s not all that different on Valve’s new VR system, but it remains available to any fan of Descent, 6 degrees of freedom, and the like. Packed with replayability and futuristic thrills, Overload receives a playscore of 8.39

As a free game offered to showcase the wonders of VR, it’s no surprise that it’s one of the first games to take the world by storm. The Lab welcomed us into a friendlier Aperture Labs filled with minigames and pocket universes that show us the depth of virtual reality fun. From taking care of bionic canines and repairing robots, to archery practice and exploring human anatomies. It was a benchmark for the platform, and it still is. Now that Valve itself has its own VR platform, The Lab was bound for an overhaul to showcase the Index’s best features. With the hands-on update, comes full support for the finger tracking system, as well as adjustments to its physics and interactions. Meaning, hand grips for archery, improved pats for the robot canine and maybe exploring the eye sockets of random skulls. Adding more fun to the most downloaded game yet, it’s still top of the charts on the Index with a score of 8.4

It’s only fitting that one of the first games we loved and adored on the VR platform makes it into this list for Valve’s second-gen platform. A rhythm game for the VR from developer Hyperbolic Magnetism, its surrealistic neon environment and notable use of red and blue sabers has made it an icon, not just for rhythm enthusiasts, but also for fans of George Lucas’ famous space opera. It’s simple, easy for everyone to get into, and very tempting to master–whether for leaderboard success or just…to look cool. But, if you’re coming from other VR systems, the Index reduces some of the heft of previous-gen controllers. The new knuckle grips, which provide accurate feedback for individual fingers, might take a lot of getting used to, for some. But, there’s plenty of ways to adjust your grips for the perfect saber slice. In any case, it’s a small price to pay for the bumps up in audio and performance. It has a playscore of 8.42

Released just last January 2020, this game from Skydance Entertainment is one of the latest waves of VR titles coming out for the platform and we see just how much we’ve leveled up in terms of immersion and playthroughs. In Saints and Sinners we get a first-hand look at how it actually feels like to live in the post-apocalyptic world of the Walking Dead. Instead of mindless zombie shooting, we get a test of our survival strategies with its sim-like features that require you to think about weapon weights and stamina, hunger and food safety–all on top of the moral quandaries that come with existing alongside survivors. The way you deal with the undead has consequences too. While it’s tempting to dive into hordes guns blazing, the noise you make could attract more than you can take, and end up just like them. Thankfully, there’s plenty of weapons to choose from, for silent kills and close combat annihilation. It incorporates the features of the Index, and it even has a lengthy 15-hour playthrough. Clearly, this was one of the first premier examples of a new-gen VR and it earns its playscore of 8.48

This revival of SEGA’s on-rails shooter has already been known to be quite a trippy experience since its release on the PS4 in 2016. Now, four years after, the experience just gets better especially now with Valve’s newly unleashed next-gen VR platform. Rez has all these dazzling lights and rhythmic techno music, and with the Index, its strongest features are heightened, letting you dive unrestricted through their land of digital synesthesia. On the other hand, Rez on the Index isn’t much removed from what you would get on other platforms. There doesn’t seem to be much support for its knuckle based gestures in-game. But it doesn’t change the fact that Rez Infinite was basically made for VR. And If you want to make the most out of your investment, this game should definitely be on the list. It has a playscore of 8.49

Released early in 2019, Innerspace’s VR adventure was one in a wave of virtual reality games that pushed the boundaries of the genre. First in terms of visuals, but most especially in its gameplay. Scale–and not the fish kind–form the heart of this fisherman’s tale, as he navigates a lighthouse that exists between planes of gigantic and minuscule proportions. It’s an interactive puzzle game like no other. Play around with the objects around the lighthouse, and think in terms of bigger and smaller to solve the puzzles in each enchanting. With only 5 chapters and a runtime of at most 2 hours, it’s a pretty short game, and it’s one of the game’s biggest gripes. Then again, it’s a magical two hours that draws you into a quirky and captivating story. It was known for supporting almost every VR platform, and finally it’s on the Valve Index with a playscore of 8.54

The hottest game from the 2016 wave of VR releases has been brought into the new-gen with updates to their bullet-time action. No, we’re not getting any new levels to the incredible but short shooting experience. However, the game’s integration of the finger tracking tech–not just visually, but also in terms of object interaction–actually adds a lot to the VR immersion. Its minimalist, fast-paced, and stylized shoot-outs give you an added rush when you know you have full control of the environment. Grabbing guns mid-air, hurling coffee cups at faceless humanoid embers, and karate-chopping them into oblivion. SUPERHOT was one of the most innovative games of its time, and as it integrates new tech into their game, they’re making sure they’re still on our minds with the coming of the new VR age. Thanks to their continued dedication and their gorgeous clean-cut graphics, it receives a playscore of 8.76

A world away from last game’s sleek and smooth, this Roman arena simulator from developer Free Lives goes for gory silliness and it’s definitely as fun as it sounds. Devolver Digital may have done the bare minimum of supporting the Index’s knuckle controller, it doesn’t really make much of a dent to something as widely loved as this gladiatorial VR game. Knowing how much mindless violence sells, they capitalized on the whole venture well, giving us a whole array of weapons to experiment with. Whether its basic swords and maces, or wolverine claws…and, yes, even crab claws. All of which you can use on their continuous supply of flailing meatheads to bash, scratch, amputate, and gorge. Even though it’s far from realistic–with its rubbery weapons and exaggerated physics–the game offers so much satisfaction for players who just want to sit back and let their sadistic sides reign. Winning hearts, by letting you rip out hearts, it gets a playscore of 8.78

Fans may have had their doubts when Valve announced this follow-up to their critically acclaimed sci-fi shooter, but they pretty much blew the VR competition out of the water. Not just as one of the most technically advanced and fully-featured virtual reality experiences right now, but also as what can be considered one of the best titles of the franchise yet. It’s a prequel set between Half Life 1 and Half Life 2, and in Alyx Vance’s shoes, we get sucked into City 17, a world that’s familiar, deeply terrifying, and ultimately, almost real. Like Attack of the Fanboy says “Everything feels right in Half-Life: Alyx, from the weight of my pistol to the way objects scatter as I rummage through drawers for ammo and resin.” Valve is heaped praise for delivering a delicate balancing act of unprecedented graphical quality, believable physics, and intuitive controls–all into a storyline that’s filled with the puzzles and personalities that made Half-Life a worthy adventure. Probably the best in VR yet, it has a playscore of 9.49